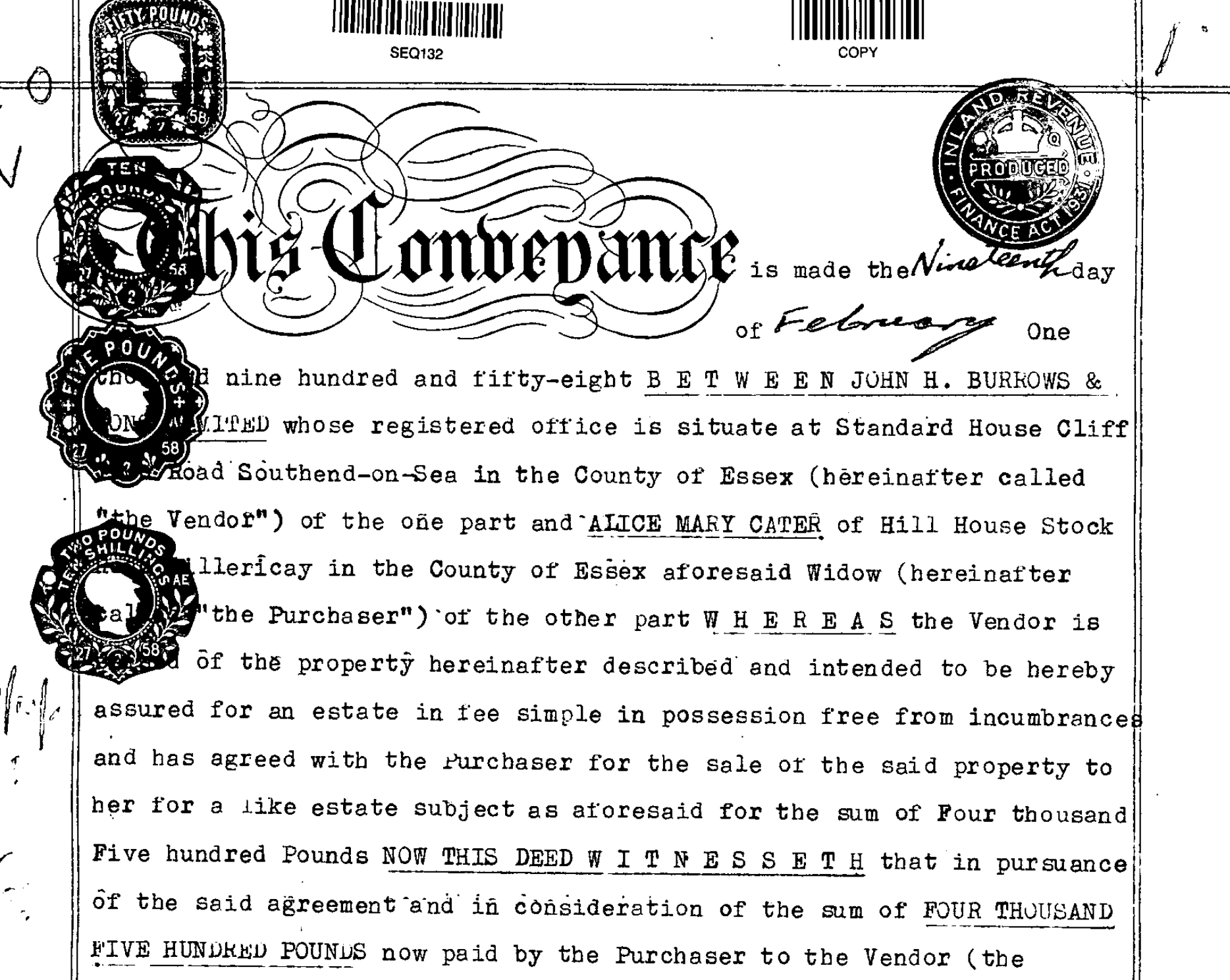 In February 1958, Mrs Alice Cater purchased 74 High Street in memory of her husband William to provide Billericay with a museum.

Early in the following year work started on 74 High Street to convert the building from a house into the new Cater Museum along with two business premises, the rent from which would provide nearly all of the Cater Museum’s income. Subsequently in August 1959, Mrs A.M.Cater announced her intention of handing over the whole property to a body of trustees to manage the museum in perpetuity.

60 years ago today, on May 7th 1960, the Cater Museum was officially opened with its first honorary curator Mr Harry Richman, featuring collections from the Caters, Harry Richman, Anthony Nicholl and A.Basil Brooks. Harry then went on to become its first full time curator in October 1961

Sadly current circumstances prevent us from celebrating – but we will be back, and we look forward to continuing to implement our plans and welcoming residents and visitors back into the museum.