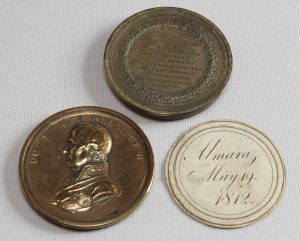 The Battle of Almaraz was one of the less formal battles of the war. It was more of an offensive operation that was a prelude to the battle of Salamanca and so can still be considered important in the context of the war. The 6,000 strong Anglo-Portuguese forces under the control of Lord Hill, (who was ordered by Wellesley) successfully destroyed a French pontoon bridge across the river Tagus in Western Spain, thereby separating the French forces prior to the battle of Salamanca and improving the strategic position of the British forces. The resulting battle at Salamanca was critical to the overall peninsular war as it led to the eventual liberation of Madrid just two months later and heavy losses for the French empire.