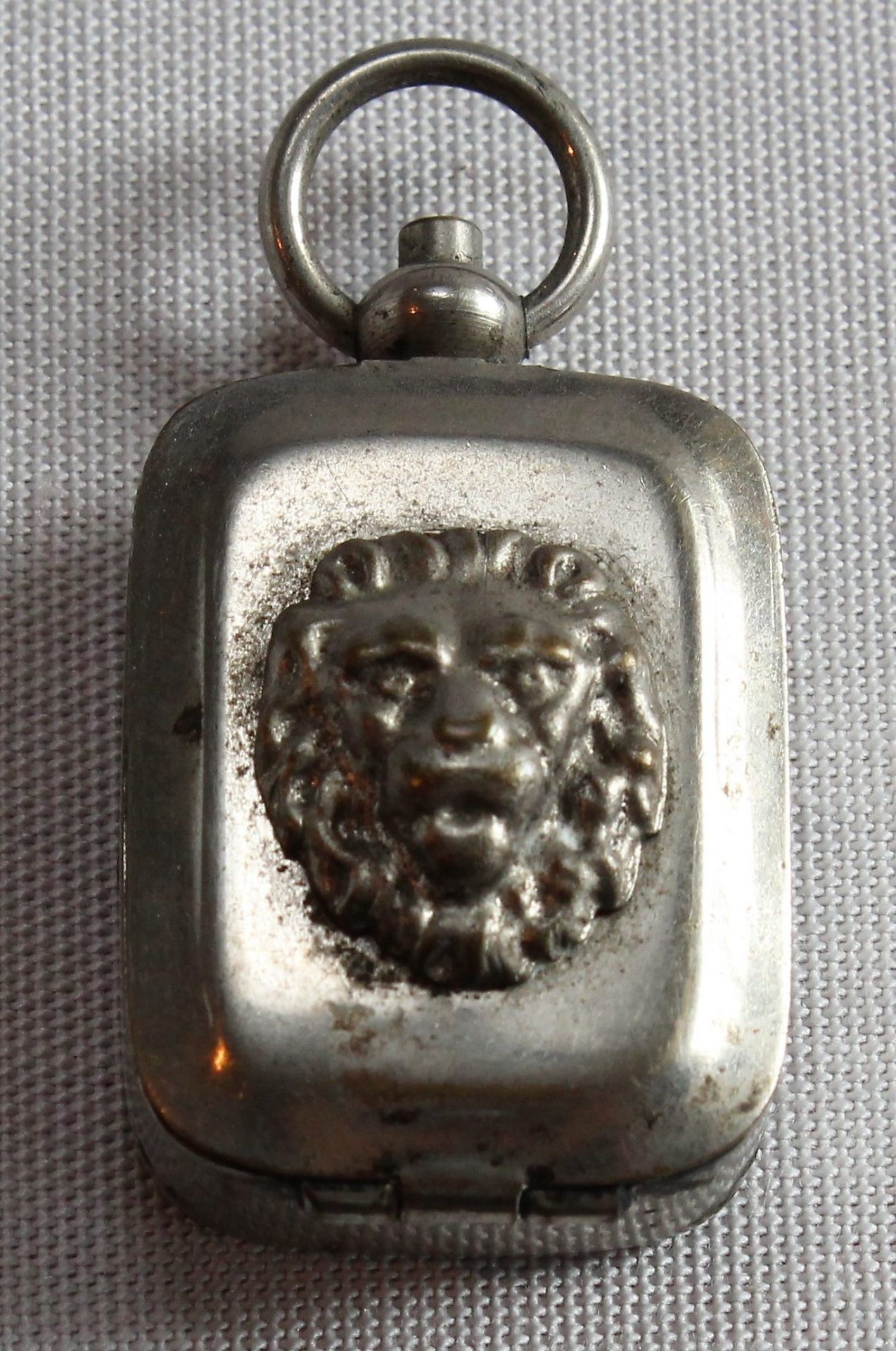 These objects were designed to be worn by ladies in particular in the Victorian, Edwardian and Elizabethan eras as a neck pendant but could also be found on chains worn on a belt or girdle. This particular pomander is designed with a lion’s head on the front and contains material on the inside which would have held an aromatic substance.

They are first referred to in 13th century literature and were originally used as religious keepsakes throughout the medieval, early modern, renaissance and modern periods. Pomanders  would normally be used to cover up bad smells but were occasionally used to protect against infection during epidemics.

The pomander in the collection of the Cater Museum was found in 66 High Street. The property was once a second-hand furniture shop run by David Savill and later taken over by his son Ernest, after he returned from the First World War. The pomander was discovered after Ernest Savill left the property in 1965.