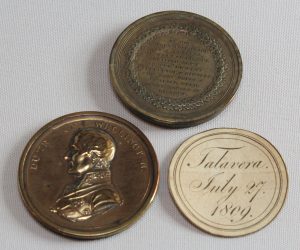 The Battle of Talavera, 75 miles Southwest of Madrid is a primary example of the issues surrounding the box. Following this battle, Wellesley was ennobled as Viscount of Wellington, which would suggest that he performed admirably. However, the allied Anglo-Spanish forces at his disposal suffered more casualties than the French in this fight. Similarly, Wellesley’s troops took French strategic positions and artillery during the fighting, yet they relinquished this and then withdrew back to Portugal for six months, which would suggest that it was not a complete success. The engagement of forces at Talavera was one of the first on Spanish soil and as it ended with the withdrawal of French troops by Joseph Bonaparte, it can be considered a positive for British forces, but by no means decisive.