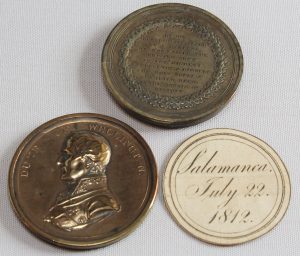 The Battle of Salamanca in July 1812 in Western Spain proved to have important consequences for the French Empire in the Iberian Peninsula. The battle which only lasted a day was won by important decision making by Wellesley, who used flanking manoeuvres and his cavalry forces to defeat the French command. The French losses of around 6,000 troops and the 7,000 that were captured by the allied forces highlights the impressive nature of the victory, which allowed Wellington and the Spanish to capture Madrid within two months of the battle at Salamanca. This proved costly to Joseph Napoleon as the French support within Spain dwindled after this and marked a significant moment as the Napoleonic Empire was exposed as vulnerable.